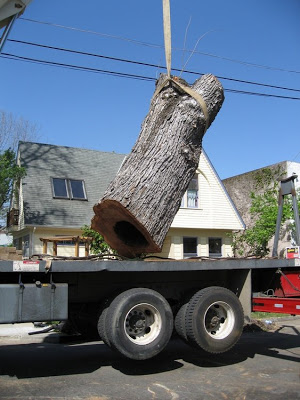 Sacramento is the City of Trees. Apparently, next to Paris, France, Sacramento has the most trees per capita in the world.

In this case, another large tree has been removed, due to sickness or infestation. This photo may not show it very clearly, but the inside of the large trunk has been hollowed out by some sort of infesting insect. It’s probably better that they brought this one down gracefully, rather than wait for it to come down on its own.