I recently started shooting photos for Sacstatesports.com – a sports-news outlet that features stories on the athletic teams at California State University, Sacramento – better know as the “Sac State Hornets.”

The energy at these games is incredible. The home field seats were pretty well filled, and amazingly, the visitor’s side had a respectable attendance, especially considering the visiting team was from Montana.

One of the things I really like about college sports is how hard the athletes play. They will give it their all on the field. They aren’t playing for a salary, but for the enjoyment, the ambition and the potential. And when they do well, their teammates get excited, too. Of course, the crowd is very loyal and loud. At this game, the Sac State Hornets beat the Montana Grizzlies, 42-28. It was the first Hornets’ victory over Montana in 17 games, so the student crowd was especially rowdy.

Funny thing, I took some crowd shots of the grandstands and it wasn’t until I edited the images after the game that I noticed a strange spectator in the crowd…

I have no idea what the “Green Man” was about…and nobody around him seemed to care much about it. I guess they were used to it. 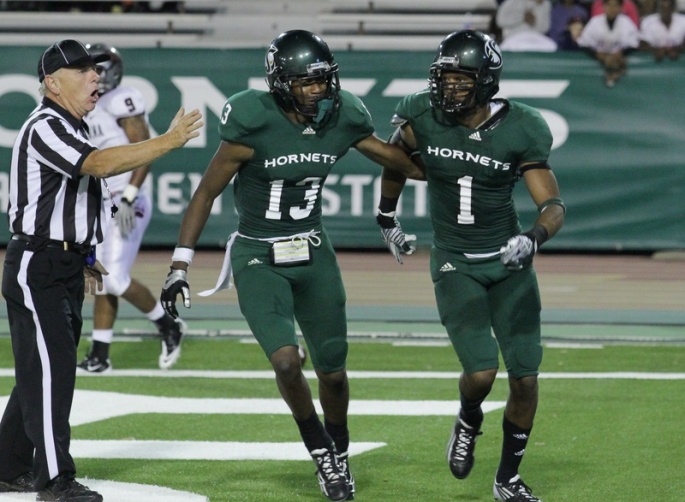 I look forward to shooting more sports for Sacstatesports – after all, Sac State is my alma mater.